When you think about foreign policy, perhaps a progressive feminist lens does not immediately come to mind. The Government of Canada has spent years attempting to advance their own Western feminist policies in the global south. However, the civil structures that exist to support such ideologies differ throughout the world.

Feminist foreign policy was created to promote a gendered lens to all policies on the international agenda. It is defined as:

“The policy of a state that defines its interactions with other states, as well as movements and other non-state actors, in a manner that prioritizes peace, gender equality and environmental integrity, enshrines the human rights of all, seeks to disrupt colonial, racist, patriarchal and male-dominated power structures, and allocates significant resources, including research, to achieve that vision.”

In 2017, Justin Trudeau launched a policy initiative with the goal of embodying and advancing international pro-gender norms. The introduction of FIAP made Canada the second country behind Sweden to have an overtly titled feminist foreign policy.

The goal of the FIAP is to protect and promote the human rights of all vulnerable and marginalized groups and increase their participation in decision-making. It also aims to help women and girls achieve more equitable access to and control over the resources they need to secure long-lasting economic and social equality.

While we commend the Government for spreading the Canadian understanding of feminist progress and attempting to challenge the power hierarchies and gendered institutions of foreign countries, there are unaccounted factors that inhibit these countries from implementing feminist policies as we have in Canada.

The focus of FIAP’s financial support is that 95 percent or more of Canada’s bilateral international assistance will have a gender equality focus, demonstrating a significant increase from the previous 25 percent of gender-focused bilateral aid. While the allocation of spending has shifted, the total existing foreign aid budget has not, staying stagnant at $5 billion. We question the effectiveness of the FIAP without any additional financial resources to fund its implementation; Canada’s foreign aid budget represents a mere 0.26 percent of the Gross National Income, well below the 0.7 percent target set by the UN.

Not only are there concerns about funding, but also about the feminist approach driving the policy. In order to achieve success, the FIAP must adopt a transformative approach, rather than remain the status quo as an instrumentalist policy with confined measurements of progress. The approach must go deeper by working to alter the civil structures and institutions that perpetuate inequality. However, the FIAP misses the mark on a transformative approach in two major ways: firstly, the policy fails to define feminism, setting itself up for ambiguity; secondly, with the explicit focus on girls and women, the policy’s scope is binary, overlooking the need for LGBTQ+ diversity and inclusion.

While it is a step in the right direction, the FIAP does little more than what past policies set to achieve. Feminist foreign policies must move beyond the status quo to successfully make a change in the lives of those who suffer from gender-based discrimination and oppression in countries around the world. Hence, for a feminist policy to be efficient, interveners must consider the role of women within the socio-religious and cultural landscape of the country. As history has shown, countries that defend the progress of women by distancing them from cultural norms failed to implement lasting change in the country. As this is foreign policy, the FIAP must reflect the realities of the societies it aims to support and must be cognizant of the unintended consequences, such as retaliation or lack of support from male leaders. Therefore, rather than grounding reforms within a Western framework, which are often foreign to the Global South ways of thinking, we propose initiatives that tackle gender with a plan that reflects foreign social paradigms.

The FIAP is a positive starting point as it emphasizes women’s empowerment and gender equality through foreign aid allocation. In our opinion, however, there are a few areas for improvement.  Feminist foreign aid is crucial to advance the economic and societal functioning of women in countries where gender-based discrimination is a leading factor of generational poverty. In the future when developing similar policies, Global Affairs Canada should seek guidance from transnational perspectives on feminism through local participation in the process. By making members stakeholders in negotiations, planning processes, and gender reforms the Government of Canada will foster inclusive dialogue around feminism.

The FIAP should work to ensure that technical and human resources, along with funding, are established and enhanced to realize an intersectional approach to feminist foreign aid, including LGBTQ+ communities, boys, and men.  Finally, the FIAP should implement a post-funding structure to help local beneficiaries continue their progress once their FIAP funding has run out. These suggestions, if followed through on, could strengthen Canada’s approach to feminist foreign policy while taking into account the realities on the ground in many of the countries they’re supporting. Then we could start to see real meaningful change. 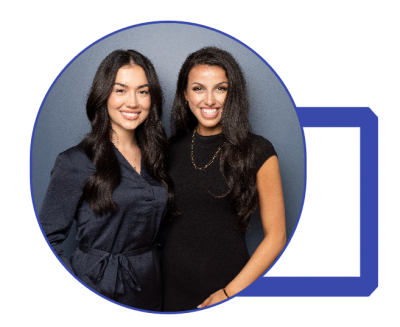