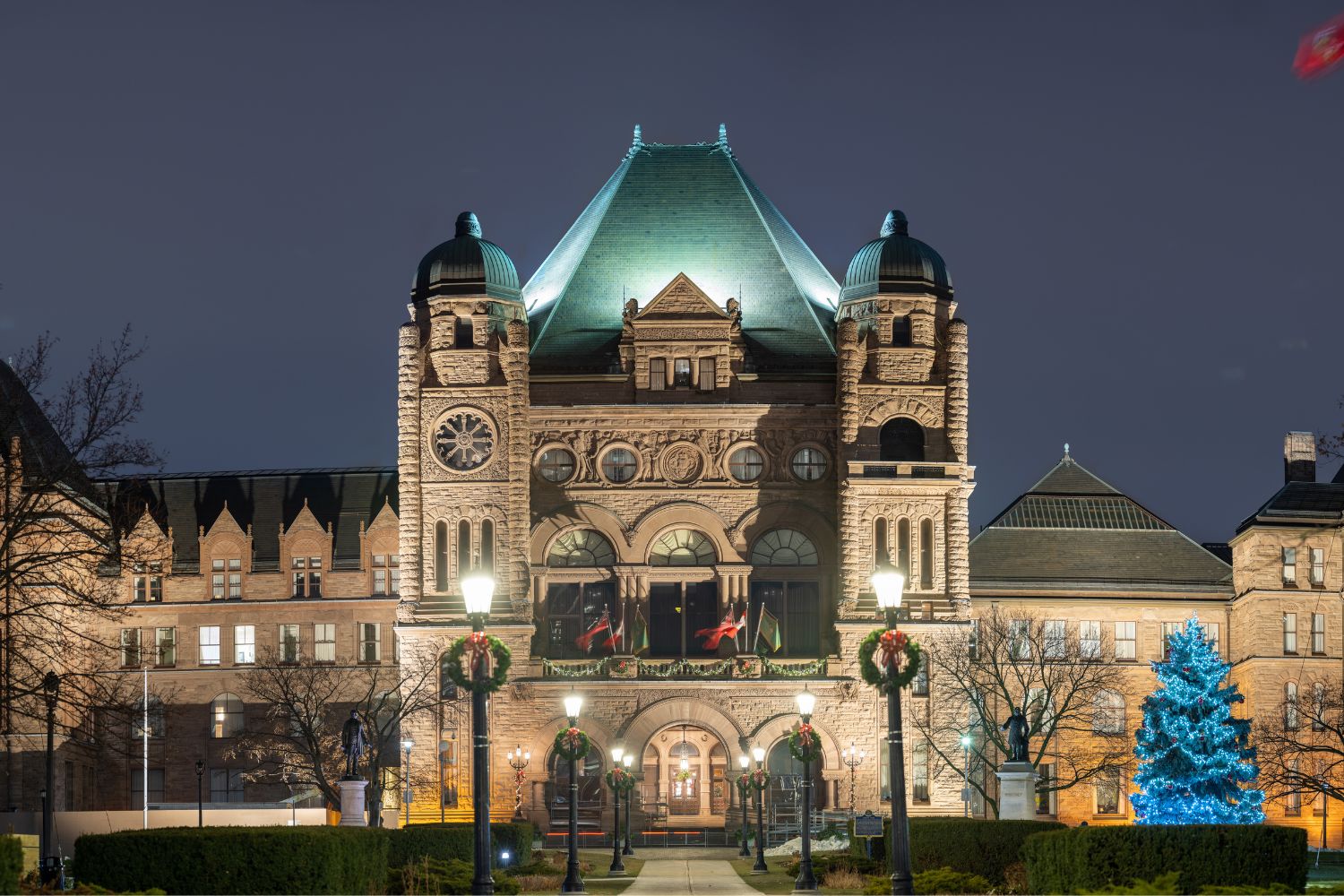 The only unknown about last week’s election result was how big a win it would be, and the Premier didn’t disappoint. He increased his government’s majority, winning re-election with 83 seats. Since “E-day”, the inevitable postmortems of every election theme have begun, from low voter turnout to leadership contests to suggested mergers. What doesn’t require an autopsy is that Premier Ford won on his own merits – going up against a Liberal leader who struggled to be known and an NDP leader who had lost three previous elections.

But what else do last week’s results, while not unexpected, mean? What are some of the other themes that are being examined?

One certainty from last week’s PC win is that the next four years will be made in Premier Ford’s image. He has earned a second chance to fulfill his mandate without distractions, like a pandemic or a perceived need to indulge the old guard.

This victory will mark a shift in the way Ford governs. In 2018, he owed his victory to some party stalwarts – this time around, Ford has won an even larger majority, relying on his record, leadership and a much more effective campaign than his opponents. He will appoint the Cabinet and push the policies he wants while the opposition is largely decimated. With such weak opposition, the media will take on the job of opposition and assume the role of holding the government accountable.

The first two years of his mandate are the perfect opportunity to push through policies he had to compromise on the first time around or were shelved due to the pandemic. With a renewed, stronger mandate, the Premier will focus on initiatives he wants to be his legacy, like the Ring of Fire and constructing significant infrastructure, like transit.

A theme that you might be hearing post-election is about low voter turnout. Last week’s election was the lowest voter turnout for an Ontario election, with about 43.5% of eligible voters casting a ballot.

Something that should be stated, and what most politicos know, is that low voter turnout always favours the incumbent. This is on top of the historical pattern of Ontarians giving their government at least two kicks at the can, unless you are Bob Rae.

It is not surprising that the call for election reform is coming from the three other major parties that did not form government. The Premier’s PC’s received almost 41% of the vote and took 83 of the 124 seats, while the three other parties received 53% of the vote and took 40 seats. Calls for election reform are not new, and neither is the selective amnesia from parties on both sides of the aisle when they benefit from the alleged inequalities of our electoral system. While our “first past the post” electoral system is not perfect, neither are some of the alternatives.

There are several reasons Prime Minister Trudeau abandoned his electoral reform commitment, and the Ministry that was created to carry it out. The obvious reason is they benefitted from those “perceived inequalities.” While voter turnout was much higher in the 2021 federal election at nearly 63%, the Liberals received almost 33% of the popular vote, translating to 157 of 338 seats, while the Tories won 119 seats with similar popular vote numbers. The other reason is that our current electoral system is not clearly understood by Canadians, and the alternatives are even harder to understand unless you are a scholar or work in governance.

This lack of understanding of how our system works is part of the reason for low voter turnout; so perhaps resources should be dedicated to informing Canadians about the system we and countless other democracies use to select our government. Also, while losing parties claim low voter turnout is an “alarm bell” or an “indictment,” they would do well to look in the mirror, as they bear responsibility for those “low” numbers

In the end, all political parties play by the same rules, to their benefit and detriment, and have for over 100 years. It might be a better use of resources and effort to develop policies and commitments that will make more people turn up at the polls rather than criticize the system.

Is the Damage Done? Could we see a Liberal Resurgence?

For all the positive work that Liberal leader Steven Del Duca did to right the liberal ship before the election, wiping out a multimillion-dollar debt, winning by-elections and putting together a diverse team of candidates, the campaign result fell worse than flat.

What is clear though, is the damage done by Kathleen Wynne in 2018 is still fresh enough 4 years onward. Besides how many seats were won or lost, or if the leader of the party won his seat, the popular vote numbers show this damage is real. In 2018, the Ontario Liberal Party received 1,124,218 votes, and last Thursday received 1,116,961 votes. Even with an overall drop in voter turnout, there’s not much to take away, other than the Liberals were not able to increase the number of people in Ontario who voted for them since the 2018 loss.

While several pre-election observations pointed to Del Duca exceeding low expectations for the Liberal campaign, they did not come to pass. In the lead-up to E-day, the discussion turned to scenarios of Del Duca winning his seat, winning opposition or combinations and variations of the two. Instead, the worst result ensued – they won just one more seat than 2018 and Del Duca resigned, putting the Liberals no more ahead than they were in 2018.

The pressure was on the NDP to maintain their gains from the last election and prove their 2018 results were not just an aberration. In the end, they held almost all the traditionally Liberal downtown Toronto seats, leaving the Liberals with a loss for answers as they could not take back some of their base ridings.

The form of a Liberal resurgence is the multimillion-dollar question being asked right now. There is no panacea, but it will likely require a charismatic leader –  a moderate who pulls from the centre left and right of the political spectrum. When the Liberals occupy the centre is when they do best; think Chretien, not late Wynne. Better cooperation with their federal cousins would help the Ontario Liberals’ cause, as it appears there was very little support in this last election. Two elections of trying to compete on the left side of the political spectrum have not worked at the ballot box, and have left many mature, more traditional “moderate” Liberals without a party. Maybe that is a factor in the lower voter turnout that everyone seems concerned about.

Those moderate Liberals, blue Liberals as some call them, are the ones that have been left behind in recent years as different strategies have been test-driven to 7 and 8 seats, respectively. The 2018 and 2022 showings now seem to have people talking about moving to a two-party system like BC, where the two dominant parties are the NDP and the BC Liberals. But while BC Liberals house what we would consider PCs and Liberals, the merger being proposed here is between the NDP and Liberals, as they have squared off in the recent elections. If this were to happen, many know what camp they would fall into, and those moderate Liberals may forcibly be given a home instead of waiting for a Liberal resurgence.

What is surprising about these discussions and next steps is that none of it is about moderate politics and trying to take back the middle of the political spectrum. Instead, it’s about competing with or uniting the left as if the years of a three-party system are forgotten.

For Doug Ford, none of this matters. Polls were bang on, the Premier has significant support and has emerged as the Conservative counterpoint to Trudeau.

The wildcard of Covid-19 that could have brought angry volatile voters, like parents or business owners that dealt with closures, did not materialize. Time passing, schools getting out shortly, and a few visits to a patio make the lockdowns distant memories, and it showed on election day.

The same goes for the anti-vaccine and establishment Freedom Convoy set. Some thought this was an active block of voters that could swing votes and cause headaches for campaign operatives. It didn’t. It fizzled and likely proved to be the fringe 10% of the 10% that some thought it was. This was seen in the results, and even at a more granular level where most of the ex-PC MPPs who ran as right-wing Independents, New Blue or Ontario Party candidates came distant fourths, fifths, and sixths in their ridings behind the PCs, NDP and Liberals.

All this means is Ontarians voted for a government and Premier who is a known commodity. Ontarians know what to expect from the Premier; his practical approach and priorities appeal to Ontarians, while the other parties were clearly out of touch with what Ontarians care about, like opposing highway 413 or bringing back Grade 13.

Moreover, Ontarians do not feel divided as they have in the past. The Premier signaled it in his very moderate victory speech where he stated the PC tent was big enough for everyone. Is this the start of a new big blue machine in Ontario? It certainly could be if the other parties cannot connect with Ontarians’ priorities and continue to trip over each other and themselves on what and who they stand for.