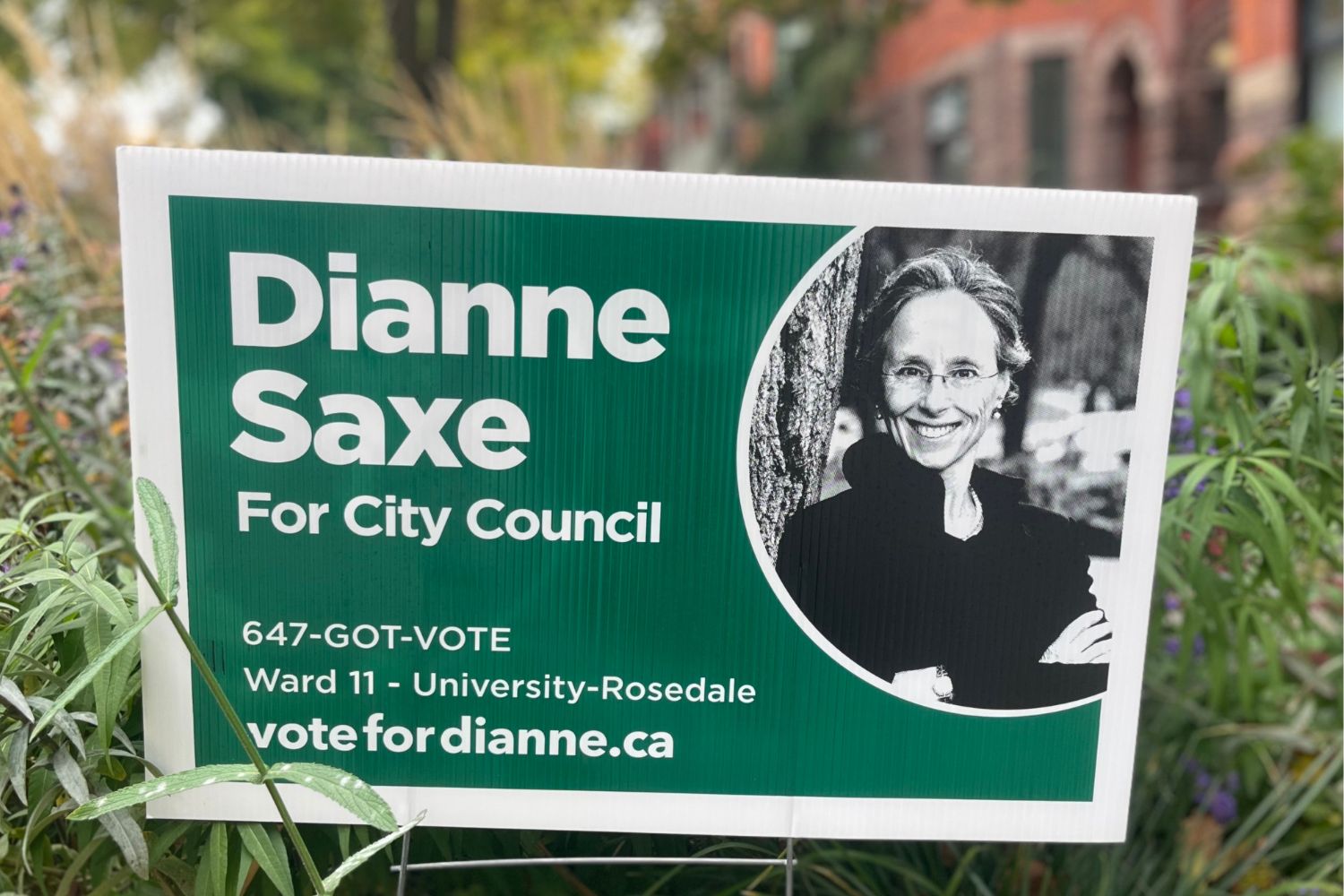 Dianne Saxe studied law at Osgoode Law School, earning an LL.B. in 1974 and a Ph.D. in 1991. Prior to entering the government sector, Saxe worked in private practice with two major law firms and then ran a boutique environmental law firm for 25 years. Her early career focused on the intersection of environmental law and corporate liability while her more recent practice has centred on climate change. She has published widely on environmental issues. From 1975-1989, Saxe practiced law with the Ontario government, serving with both Conservative and Liberal governments. As a practicing lawyer, she represented community groups protesting acid mine drainage and logging of old-growth forests and obtained $115 million for municipalities in bitterly contested arbitration over the Blue Box program.

Saxe is a candidate for the Toronto City Council representing Ward 11 in University-Rosedale. Her platform emphasizes the need for real action on climate, housing, and safe streets. In her own words, she is running to solve this city’s hard problems and offer better solutions at City Hall and she certainly has the experience to do so. With decades of experience in law, government and business she can connect with many Torontonians, offering her expertise to find common ground between opposing interests. She has been a resident of the neighbourhood in which she wishes to represent and stands by her advocacy for affordable housing, dignity, climate justice and safe, low-cost ways to get around.

Click Here to stay up to date on all Women to Watch this election.