A Roadmap for Improving the Representation of Women in Canadian Politics 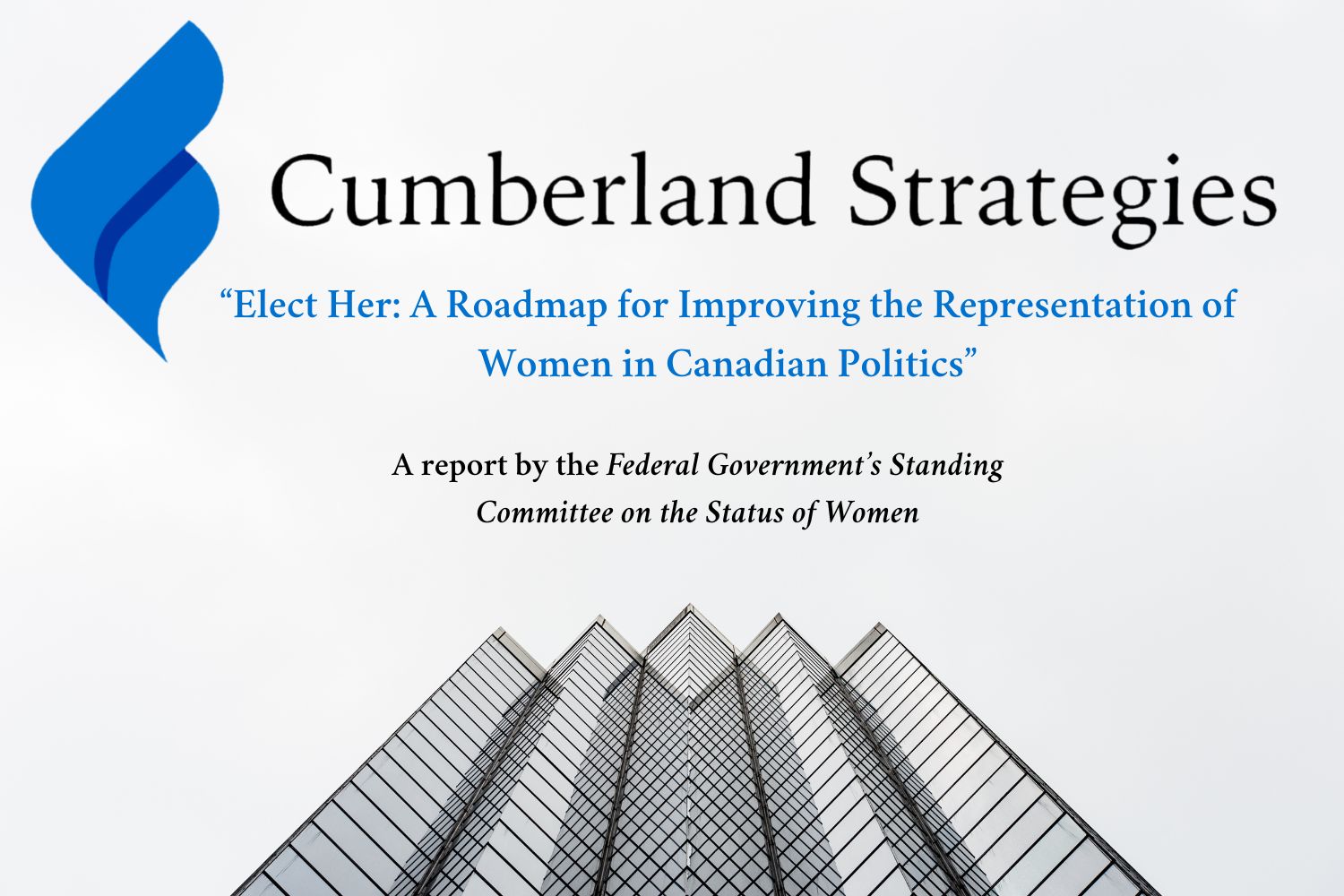 In 2019 the Federal Government’s Standing Committee on the Status of Women released a report called, “Elect Her: A Roadmap for Improving the Representation of Women in Canadian Politics”.  The report features testimonies from external witnesses, federal departments and agencies, and input from female MPs to illustrate the current state of women in Canadian federal politics, and the persistent factors that deter their participation.

In 1921, Agnes Macphail was the first woman elected to the House of Commons. While significant strides have been made since then, women continue to be underrepresented at all levels of government. At the time of this report, only per cent of all legislators in Canada were women. How can we change this?

The report found that there were seven main factors, listed in no particular order, that dissuaded women from entering electoral politics:

These factors indicate that females aren’t reluctant to take a seat at the table, the problem is the table itself – an exclusive and uncomfortable environment, that treats men and women differently. Given such concerns, the report provided 14 recommendations intended to: shift societal perceptions of women in politics, support organizations that promote women’s participation in politics, encourage parties to run more women, address gender-biased media treatment, and improve the collection of intersectional data. Some of these 14 recommendations could lead to real change, while others will not have a significant impact on representation.

Where Are We Now?

The 44th Canadian Parliament saw 103 women elected to the House of Commons, representing 30.5 per cent of all Members of Parliament – seeing an increase of 5 women compared to the 43rd Parliament. Globally, Canada ranks 59th in National Parliaments in terms of female representation. The Government has also made some progress on the Committee’s recommendations from the report. However, it is important to consider that the report was released 10 months prior to the onset of COVID-19, which occupied most government funding for the following 2 years.

There is little information regarding the remaining recommendations set by the Committee. However, on June 7th, 2022, the Chief Electoral Officer of Canada released a report providing recommendations following the 43rd and 44th General Elections. Recommendation 9.4.1 calls for a new legislative mandate to collect and make publicly available demographic data about electoral participants, including gender, ethnic origin, age, Indigenous status and disability; this recommendation is aligned with 11th recommendation in the Elect Her report.

The participation of women in electoral politics is essential for democracy. Achieving gender parity in all levels of government will ensure a diverse, inclusive approach to decisions and policies that shape our future. Advancing the presence of women in politics can be accomplished through implementing the recommendations set forth by the Committee. Notable recommendations that must be addressed include the contribution of financial resources to programs that support political engagement; including gender stereotypes and women’s participation in politics in provincial and territorial education curricula; and implementing legislation to mitigate barriers to entry for women from the various diverse backgrounds in our country.