2022 Provincial Election
Women to Watch
In this edition of Women to Watch, we will be highlighting female candidates in the Ontario provincial election. These features will cross party lines and highlight the candidates’ unique experiences as well as what they might bring to the Ontario legislature. These candidates all have the potential to increase female representation and they all have a wealth of knowledge and experience they could bring to the policy-making process.
Mary-Margaret Mcmahon
Ontario Liberal Candidate

In her two terms as Toronto Beaches-East York City Councillor, Mary-Margaret held a variety of critical roles and served on several important boards at City Hall including Chair of Parks and Environment Committee and Mayor’s Executive Committee.

Mary-Margaret’s achievements include leading and implementing the City’s first climate change adaptation plan (TransformTO) and spearheading the Laneway Suites planning policy – a housing initiative adding to the city’s rental stock and allowing residents to age in place and helping to create the Vision Zero road safety plan. Additionally, Mary-Margaret was instrumental in repealing the vacant commercial property tax rebate to allow for more vibrancy on our streets.

After a few years in the private sector working on sustainable communities, she decided to seek the nomination as Beaches-East York Provincial Liberal Candidate. Having won the nomination, Mary-Margaret is eager to help rebuild the Ontario Liberal Party on the basis of positive politics. She plans to advocate for a strong environmental platform, fight for small business survival and growth, and create affordability measures that allow Torontonians to stay in the City. 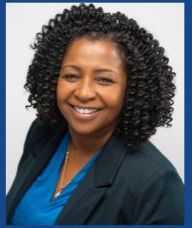 Patrice was born in Jamaica and immigrated to Canada when she was 18, attending Centennial College. For more than a decade, Patrice worked in event management in both the private and not-for-profit sectors, racking up professional successes, awards, and media mentions. She is currently the Event Director of Durham Carifest, the region’s premier annual festival of Caribbean music, food, and culture, hosted at Ajax Downs Racetrack. She has proudly represented Ajax students and parents on the Durham District School Board (DDSB) as a Public School Trustee, a position she has held for nearly a decade since first elected in 2014. During her time on the Board, she has served in key leadership roles, including Chair of the Education Finance Committee, the Special Education Committee, Co-Chair of the Diversity Committee, and Vice Chair of the Board.

Passionate about inclusive education and improving learning outcomes for marginalized students and families, Patrice has participated in the DDSB Poverty Strategy and continues to champion high expectations for students of all socioeconomic backgrounds. Patrice was integral in the creation of innovative school programs like the Cypher Program for Black boys, the Empower Her Conference for Black girls, and the first Getting Ready for Kindergarten Program for Black students.Patrice is also a leader in education policy at the provincial and federal levels. She is a Director with the Ontario Public School Board Association, was a member of the advisory group that authored Ontario Black Youth Action Plan and contributed to the policy paper “Education Post-COVID” as part of the Ontario Education Partnership Roundtable. Federally, she is active on the Canadian School Board Association Antiracism Work group, addressing systemic barriers around education and advocating for the needs of marginalized students. As a champion of community safety, Patrice proudly serves the community as a member of the Durham RegionalPolice Services Board. 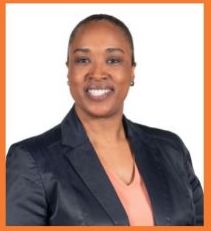 Dr. Jill Andrew, PhD is the MPP for Toronto-St. Paul’s. Jill serves as the Ontario NDP Culture Critic and Women’s Issues Critic for the Official Opposition. Jill is also a member of the Ontario NDP Black Caucus, a first of its kind in Ontario legislative history and she also sits on the Standing Committee on Public Accounts. Jill is the first Black, Queer person to be elected to the Ontario Legislature and reportedly in Canada. Since then, Jill has been a leading voice on issues of gender, race and social justice, the housing crisis, healthcare inequities, education and the immeasurable benefit of arts and culture to her community.
Jill was named Best MPP – First Runner Up by NOW Magazine Reader’s Choice Awards – an exciting acknowledgement for a rookie MPP. Her first Private Member’s Bill 61 which has successfully gone past second reading in the Legislative Assembly of Ontario is advocating for the establishment of an Eating Disorders Awareness Week the first week of February across Ontario. Jill has also tabled a motion in the legislature calling for the adoption and full implementation of an Interministerial Intersectional Gender Equity Strategy which would require proposed legislation be reviewed through an intersectional gender lens before it becomes law to ensure the impact of said legislation on women, gender diverse and racialized Ontarians is comprehensively weighed, accounted for, and made public. Outside of politics, Jill is also co-founder of Body Confidence Canada, #SizeismSUCKS and Body Confidence Awareness Week. Additionally, Jill is a community co-owner of Glad Day Bookshop – the world’s oldest LGBT bookstore and has been an avid volunteer and donor supporting organizations across the GTA that prioritize Black and racialized communities, youth, women, the arts, LGBTQ2+ communities and chronic health advocacy, among others.
Jill holds a Child & Youth Worker diploma from Humber College, a Bachelor of Education (BEd) from York University among her other undergraduate degrees, a Master’s degree in women and gender studies from the University of Toronto New College and her PhD from York University’s Faculty of Education. Jill’s PhD dissertation explored the trifecta of racism, sexism and fat hatred experienced by Black women in the GTA, their strategies of both accommodation and resistance as well as systemic and policy reform necessary to facilitate change against anti-Black racism, gendered violence, and weight discrimination.
Sign up for our newsletter here to stay up to date on all Women to Watch 2022.
Social Share