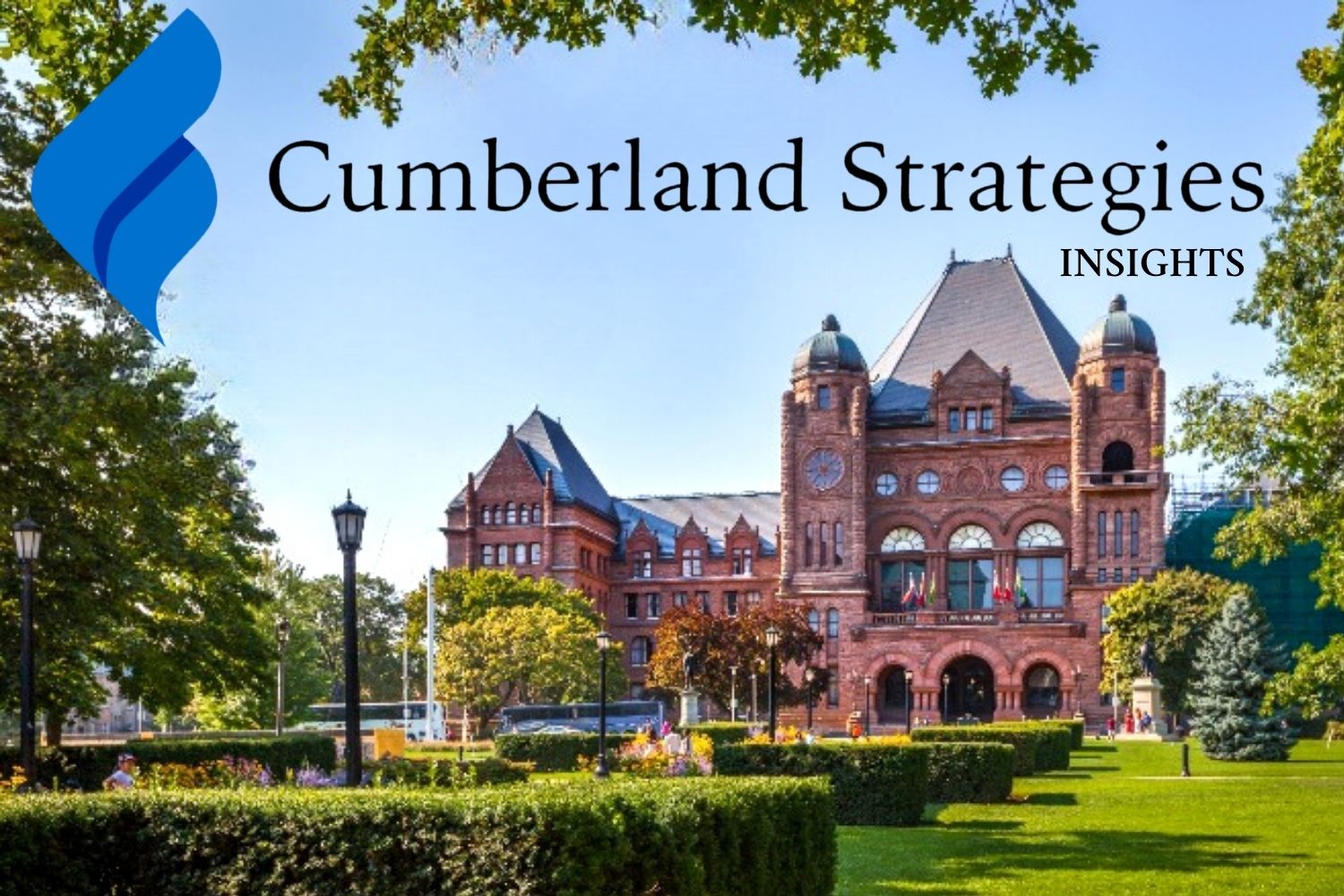 Today, Ontario’s Minister of Finance tabled the 2022 provincial budget entitled Ontario’s Plan to Build, outlining the Ford government’s fiscal priorities for the year and the framework for their re-election campaign. Minister Bethlenfalvy is projecting a deficit of $19.6 billion, compared to the $33 billion deficit in Budget 2021. The main themes of the budget are focused on rebuilding the economy, working for workers, building highways and key infrastructure, keeping costs down, and a plan to stay open.

Because there is not enough time for this budget to pass before the legislature dissolves, these policies will only be implemented if the PCs win in June. In effect, this means the 2022 Budget is a costed Progressive Conservative (PC) election platform.

Three fundamental things guide Ontario’s Plan to Build: there are widespread labour shortages, the inflation rate is 6.7% – the highest that it has been since 1991, and the Provincial election is just over a month away. This budget addresses some lingering issues from the pandemic – but it is largely focused on moving forward and the path to growth.

In 2018, the Progressive Conservatives (PC’s) won a majority government, winning 76 seats with 41 per cent of the popular vote. Defections and attrition have reduced the seat count to 69, leaving Ford with just six seats more than the 63 needed for a bare majority in the 124-seat legislature. Although the PC’s popularity has eroded somewhat over four years in office, the major polls still put the party in majority government territory. However, a new poll by Abacus Data warned of some peril ahead showing the Liberals at 32 per cent, New Democrats at 23 per cent and the Greens at 6 per cent.

Likely influenced by this wavering polling, since March 1, 2022, the government has committed $10.9 billion in new funding towards election priorities. This includes $1.1 billion in refunds for vehicle registration stickers for 2022-22, and a similar amount for cancelling the sticker fees for 2022-23. In addition, hundreds of millions towards rural internet broadband, a university and college tuition freeze and $662 million for long-term care homes, to name a few. They have also committed to investing billions into developing an Electric Vehicle (EV) ecosystem, making Ontario a more attractive place to invest and moving the pendulum forward on environmental priorities.

It’s clear that while the 2021 Budget acted as a pathway out of the pandemic, this year it is all about affordability and infrastructure building. For more than two years, government spending focused on the pandemic, and the Ford government is shifting the focus forward.

At the doors, candidates are hearing that housing is unaffordable, gasoline per litre is at a record high, the impacts of inflation are affecting daily life – prompted by both the pandemic and ongoing war in Ukraine – and that Ontario is no longer an attractive place for investment. This sentiment is the driving force behind the 2022 Budget – which offers bold solutions, contingent on electoral success for the PCs.

The budget was originally meant to be tabled by March 31st – however, in February the Ford government tabled legislation that would extend that deadline until the end of April.

Tabling a provincial budget immediately before the writ has happened twice in recent history – in 2014 under Liberal premier Kathleen Wynne, and in 1999, when Tory premier Mike Harris used the budget announcement as a re-election springboard. In both instances, the incumbent premiers were victorious and the same pre-election budgets were then reintroduced that summer.

Del Duca and Horwath have criticized the Budget of being “a campaign platform, filled with the same kinds of promises made and broken in 2018.”

Labelled by many a fiscal conservative, Minister Bethlenfalvy is navigating a nuanced economic environment: high spending during the pandemic, increasing inflation and a provincial election. The solution? Boosting up Ontario industry – more specifically, our auto sector. His budget speech was dominated by what the Ford government has done to support Ontario’s major auto manufacturers, expand EV production, and what the future of our auto sector will look like in Ontario.

A. Keeping Costs Down

The core components of “keeping costs down” are:

The core components of “rebuilding Ontario’s economy” are:

The core components of “building highways and key infrastructure” are:

Allocating $25.1B over the next ten years to support the planning or construction of highway expansion and rehabilitation projects across Ontario, including:

The core components of “working for workers” are:

E. A Plan to Stay Open

The core components of “a plan to stay open” are: